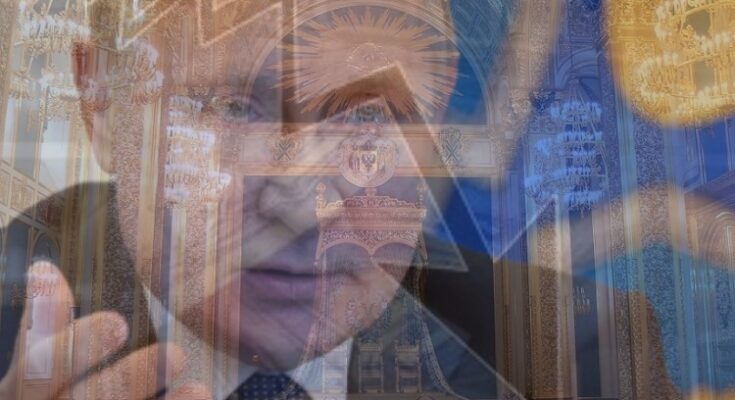 The “special military operation” that Russia deployed in Ukraine marks a new stage in the conflict between these two countries, as well as the relationship between Moscow and Western powers. Shortly after the attack, most Russian stocks lost two-thirds of their value, forcing the government to close the market. It seemed that it was Ukraine that attacked Russia! However, this is not far from the truth, as crippling sanctions and global backlash will further isolate and suppress Russian tyranny.

If he invades Ukraine, Russian President Vladimir Putin would be starting a new global dispute with the West. He should think about how the last confrontation ended, analysts say.

MOSCOW — Vladimir Pozner was an English-language Soviet propaganda editor in 1962 in Moscow, a job that gave him rare access to American newspapers and magazines. That allowed him to follow the Cuban missile crisis outside the filter of the Soviet media and feel a world on the brink of war.

“The smell of war is very strong,” he said in an interview on Friday, a day when shelling on the front line in eastern Ukraine intensified. “If we talk about the relationship between Russia and the West, and in particular, the United States, I feel that it is as bad as it was at any point in the Cold War, and perhaps, in a certain sense, even worse.”

Unlike in 1962, what now hangs over Europe is not the threat of nuclear war, but that of a major land war. But the sense that Russia and the United States are entering a new version of the Cold War, long raised by some analysts on both sides of the Atlantic, has become inescapable.

President Biden hinted as much Tuesday in the East Room of the White House, promising that if Russia invaded Ukraine, “we will bring the world together to oppose their aggression.” Russian President Vladimir Putin ratcheted up tensions on Saturday when he oversaw a test launch of nuclear-capable hypersonic missiles that can evade US defenses.

“We are entering a new stage of confrontation,” said Dmitry Suslov, a specialist in international relations at the Moscow Higher School of Economics. “After this crisis, naturally we are going to be much more explicit and open in recognizing that we are enemies, we are adversaries, with all the consequences that this entails.”

For now, no one knows how the world will come out of the crisis: whether Putin is staging an elaborate and costly hoax, or whether he really is about to launch the biggest military offensive in Europe since 1945. But it seems clear that Putin’s main goal is it is to reconsider the outcome of the original Cold War, even if it is at the cost of deepening a new one.

Putin seeks to dismantle the European security order that was established after the collapse of the Soviet Union in 1991, when his country was weak and vulnerable, and to re-create the kind of geopolitical buffer zone that Russian rulers have felt they needed all along. the ages. He has given signs that he is prepared to achieve this through diplomatic means, but also through the use of force.

The crisis has already given Putin some tactical victories, as well as dangerous risks. Since last spring, when he first menacingly amassed troops on Ukraine’s borders, he has managed to attract the attention of Washington, a big deal for this Kremlin that, like in the Cold War, sees the confrontation with the United States as its defining conflict. But his actions have also incited anti-Russian attitudes and have further united Europe and the United States against Russia, something that should worry the Kremlin, since the West’s global economic and political power is still much greater.

Daniel Fried, a retired American diplomat who negotiated with Moscow during both the Soviet era and the Putin era, said he had a message for Russians who long for the days of the Cold War when their country was — according to his account — respected by United States. After all, the Soviet Union lost the original Cold War.

“You might get them back,” Fried said in an interview. “And it won’t go well for you.”

Unlike the Soviet council, Putin is not trying to wage a global ideological struggle nor is he — for now — bankrupting his country in a costly arms race. Russia is much more intertwined in the global economy, a situation some people still hope will help the world avoid such a deep and protracted East-West confrontation. And for the United States, it is China, not Russia, that now looms as the most serious long-term strategic adversary .

But for Putin, efforts to retrace his country’s defeat in the original Cold War have already lasted at least 15 years. In his speech at the Munich Security Conference in 2007, he declared his rejection of a US-led world order and warned of the “unexploded ordnance” left over from the Cold War: “ideological stereotypes” and “double standards” that they allowed Washington to rule the world while hindering Russia’s development.

This weekend, in one of many ominous developments in recent days, Russia will not attend the Munich conference, an annual gathering where, during previous tensions in the Putin government, Western officials had been able to meet with their Russian counterparts.

Instead, the Kremlin released footage of Putin in the Kremlin’s crisis room, directing test launches of his modernized nuclear-capable missile arsenal from bombers, submarines and ground-based launchers. It was a carefully timed reminder that, as Russian television recently told viewers, the country can turn American cities ” into radioactive ash .”

And Putin has massed a huge force in northern, eastern and southern Ukraine to signal that the Kremlin sees the former Soviet republic’s pro-Western turn as such a serious threat that it is prepared to wage war to stop it. The confrontation is somewhat reminiscent of the Berlin crisis of 1961, when the Soviets demanded that Western forces leave Berlin and East Germany finally built the wall dividing East and West. For some Russians, the fact that Ukraine is so much closer to Russia than to Berlin is what makes the new Cold War even more dangerous.

“At that time, the border passed through Berlin,” said Suslov, the Moscow analyst. “Now the border passes through Kharkiv,” a Ukrainian city on the Russian border that is a day’s drive from Moscow.

The Cold War also offers parallels for what could happen in Russia in the event of war. Analysts predict an even more authoritarian turn by the Kremlin and an even more ruthless pursuit of internal enemies with the justification that they are supposedly backed by the West. Pozner, a state television presenter who was born in Paris, lived for a time in New York and moved to Moscow in 1952, argued that Russia’s enemies in the West might even be quietly wishing for a war because it could weaken and discredit the country. .

“I am very worried,” Pozner said. “A Russian invasion of Ukraine is a catastrophe for Russia, first and foremost, in the sense of Russia’s reputation and what will happen inside Russia as a consequence.”

Some Russian analysts believe that Putin could still de-escalate the crisis and achieve a tactical victory. The threat of war has sparked a debate in Ukraine and in the West over the idea that Kiev might reject NATO membership. And the United States has already offered talks on a number of proposals that interest Moscow, such as placing missiles in Europe and limiting long-range bomber flights.

But Putin is making it clear that he wants more than that: a far-reaching, legally binding agreement to dismantle NATO’s presence in Eastern Europe.

The intensity of the crisis Putin designed is evident in the harsh language the Kremlin has used. Joining French President Emmanuel Macron in the Kremlin this month, Putin said Ukraine’s President Volodymyr Zelensky had no choice but to opt for a 2015 peace plan that Russia had pushed: “You may like it.” , they may not like it: you have to deal with it, friend”. At a joint press conference between Russian Foreign Minister Sergey V. Lavrov and his British counterpart Liz Truss, he said his conversation had resembled that of a “mute person with a person.” deaf”.

“Sometimes the discussions were quite heated between the Soviet and American leaders,” said Pavel Palazhchenko, a former Soviet diplomat. “But probably not as much and not as publicly as now. There really is no precedent.”

Palazhchenko, who was a translator for Soviet leader Mikhail Gorbachev in his meetings with American presidents, describes such language as a consequence of Russian frustration at ignoring the country’s security concerns. During the Cold War, Washington and Moscow agreed to historic arms control agreements. During the Putin era, little of that has happened.

“This is a clear emotional and psychological reaction to the years and even decades in which the West and the United States have disregarded Russian security concerns,” Palazhchenko said.

Doug Lute, a former US ambassador to NATO, rejects the idea that Russian interests were disrespected in the past, especially since Russia’s nuclear arsenal is “the only existential threat to the United States in the world.” But like Palazhchenko, he too sees lessons in the Cold War for getting out of the current crisis.

“We may be settling into a period where we have radically different worldviews or radically different ambitions, but even despite that political strife, there is room to do things in our mutual interest,” Lute said. “The Cold War could be a model to compete and cooperate at the same time.”

Silent devastation: How does Turkey suffer from the upcoming 300% INFLATION rate? 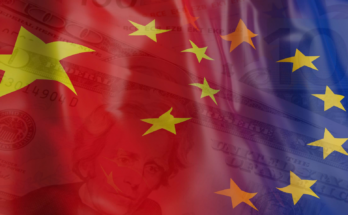